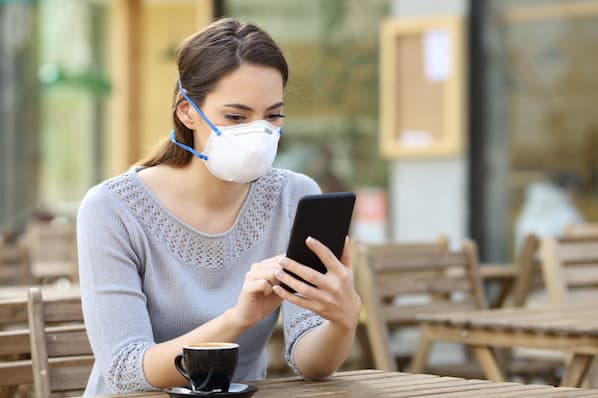 Author David Levithan once said, “The mistake is thinking that there can be an antidote to the uncertainty.”

Wise as those words might be, they might only be kind of true. In some cases, there are some partial antidotes to uncertainty — powerful indicators of things to come that can give you some concept of what to expect.

In the context of launching a new product, the antidote to uncertainty could be the way certain consumers, known as lighthouse customers, treat your offering. Their reactions are often borderline prophetic — giving you a solid picture of how the general public will respond to your new product.

Here, we’ll explore the concept of the lighthouse customer a bit deeper and see the ways they can predict how your product will ultimately hold up.

What is a lighthouse customer?

A lighthouse customer — or an ‘early adopter’ — is a consumer who embraces a product soon after its launch. Lighthouse customers, as a base, typically compose 13.5% of the first 15% of consumers to adopt a new idea or technology. They wield considerable influence and are central to getting a product off the ground.

The archetype of the lighthouse customer stems from a theory known as diffusion of innovations — a concept that seeks to explain how and why innovative new products, technologies, or ideas initially catch on and ultimately spread.

One of the core tenets of the theory has to do with the rate of and reasons behind adoption. In the context of product development, that refers to how individual consumers embrace a new offering from a company.

According to the theory, the public adopts innovative products in stages — each one characterized by different kinds of consumers. The categories of adopters are arranged in this order:

The curve below specifies the relative proportions of each group. 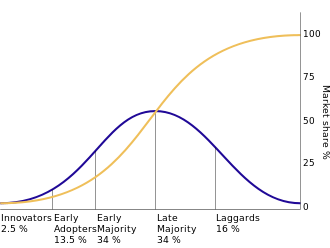 Each group comes with its own qualities, interests, sensitivities, and perception of risk. Every category is important in its own right, but lighthouse customers are often the most mission-critical to facilitating your product’s popularization. This kind of consumer tends to be young, relatively wealthy, well-connected in their community, progressive, educated, and influential.

1. They can expose flaws in usability.

Lighthouse customers are the first base of legitimate consumers to embrace a new product. They’re typically less eager to get ahead of the curve than the innovators who precede them — with more discrete taste and stronger aversion to risk.

Those factors make their opinions and interests more reflective of the general public’s — meaning they’ll probably use your product or service the same way most other consumers would. That allows them to expose issues with utility or usability that your initial innovators might have overlooked.

If your lighthouse customers find some glaring problems in your product or service’s user experience or accessibility, you might have to go back to the drawing board or plan a comprehensive product update for the near future.

2. They provide early revenue to support research and development.

Lighthouse customers are often an essential source of initial revenue for businesses trying to get a product off the ground. There’s no guarantee your product will be totally sound and impeccably crafted — right off the bat.

If your product is still running into hitches or causing problems, you need to address those issues before making a real push for widespread adoption. That process can be expensive, and that kind of money has to come from somewhere. In many cases, lighthouse customers support that cause.

The influx of capital they provide offers potential for reinvestment in your product, allowing you to make the improvements you need to present the public with an offering that will command attention and resonate enough with consumers to take off.

3. They provide your first base of significant influencers.

Lighthouse customers are often concerned more with reputation and social status than other consumers. They’re also generally well-educated, wealthy, and active on forums like social media.

Those components make for a particularly influential consumer base. They tend to be thought leaders with the ability to sway later stage adopters. So, if your product or service doesn’t resonate with them, you’ll find yourself in a difficult position.

They’re the first, most difficult domino you need to push to set your product’s future on the right course. If you can sell them on your product, their influence can go a long way.

4. A critical mass of lighthouse customers generally means your product has caught steam.

Hitting a critical mass of lighthouse customers is an important milestone for understanding your product’s mass-market appeal. It’s a welcome indicator of what lies ahead — one that means you’ve garnered enough influence to start attracting a broader base of more risk-averse, average consumers.

Making it past the early adoption stage doesn’t necessarily guarantee that your product will be successful, but it demonstrates tremendous promise and potential.

If you get there, it means the thought leaders that have supported your offering have swayed a following — a following that can grow exponentially as average consumers adopt your product and convince their peers to do the same.

Lighthouse customers are called lighthouse customers because they serve as a beacon of light for the rest of the population to follow. Getting them on board with your new product is arguably the most important aspect of a successful product launch. And even though there’s no guarantee their preferences will reflect the rest of the market, they’re still an essential, often-telling component of any new product strategy.